I am a ex-kickboxer for Great Britain, 2x Elite National Boxing Champion and GB Three Nation Boxing Champion. I am on the pathway for the Birmingham Commonwealth Games 2022 & Paris 2024 Olympics. 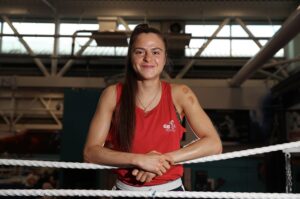 My interest for sport has always been my strongest point. I started kickboxing from the age of 11 to 18 years old then. I represented Great Britian in kickboxing winning three gold medals at the worlds and holding many titles including the European Title, British Title and 2x English Title. After achieving my highest in kickboxing i transitioned to boxing to see how far i could get in my boxing journey with the Olympic dream i wanted to achieve. I also had an interest in joining the army and travelling around the country doing my country proud in my career and still be involved in sport. I knew the army support high level athletes.
So, I joined the army in 2018 to follow my dream. Of which i completed basic training and phase two. I reached 47 regiment soon after to have received a trial for the Army Boxing Team. After showing my skills i was then asked to represent the team at a international tournament in Eindhoven Box Cup winning a bronze medal was a proud moment for my first international tournament with the British Army. When I returned, my regiment gave me great news that the Army Boxing Team wanted me to join the team full time after a brilliant performance in Netherlands.
I trained full time with the Army Boxing Team in Aldershot from 2018-2019 representing them in the Elite National Championships which was a big step for myself which very little boxing experience. I took on the challenge and beat seed number 1 and 2 to become 51kg Senior Elite National Champion 2018. After my success in the championships i received a trial assessment for Great Britian Olympic Boxing Team.  This was a dream come true! In the meantime, i also won gold at the GB Three Nations beating both Scotland and Wales.
I was invited to return to Sheffield for a second assessment later on in the year. Not long after i received the amazing news that i had been selected to be part of GB Boxing Potential Podium Squad. This was the start of the journey to the Olympics. Despite Covid slowing down the boxing competition over the past two years. I represented GB Boxing in international training camps and tournaments becoming 51kg Elite National Champion x2,  Bronze in Felik Stamm Poland, Silver in France beating World Rank No.2 and Silver in Bulgaria.
2022 is a huge year for myself with plenty of tournaments in preparation for major competitions like the Commonwealth Games in July. Which i am determined to shine through and be selected to represent my country and my hometown as they are being hosted in Birmingham! I am excited and hungry to build as much experience i can now to put me in the best position for Paris Olympics 2024.
“I can and I will, prove them wrong!” This is my motivational quote that gets me through each and every day to achieving greatness.

I also believe in god and my favourite passage that supports my life is :

If you can believe, all things are possible to him who believes. Mark 9:23 🙏🏻

My aims and goals are to continue being the best athlete i can be whilst achieving greatness along the way. I also want to inspire the next young female generation in sport. Below are also a list of goals i set myself: